From increasing sales, branding awareness and recruitment, our videos are produced to elevate an Idea to Action to achieve your objectives

From increasing sales, branding awareness and recruitment, our videos are produced to elevate an Idea to Action to achieve your objectives 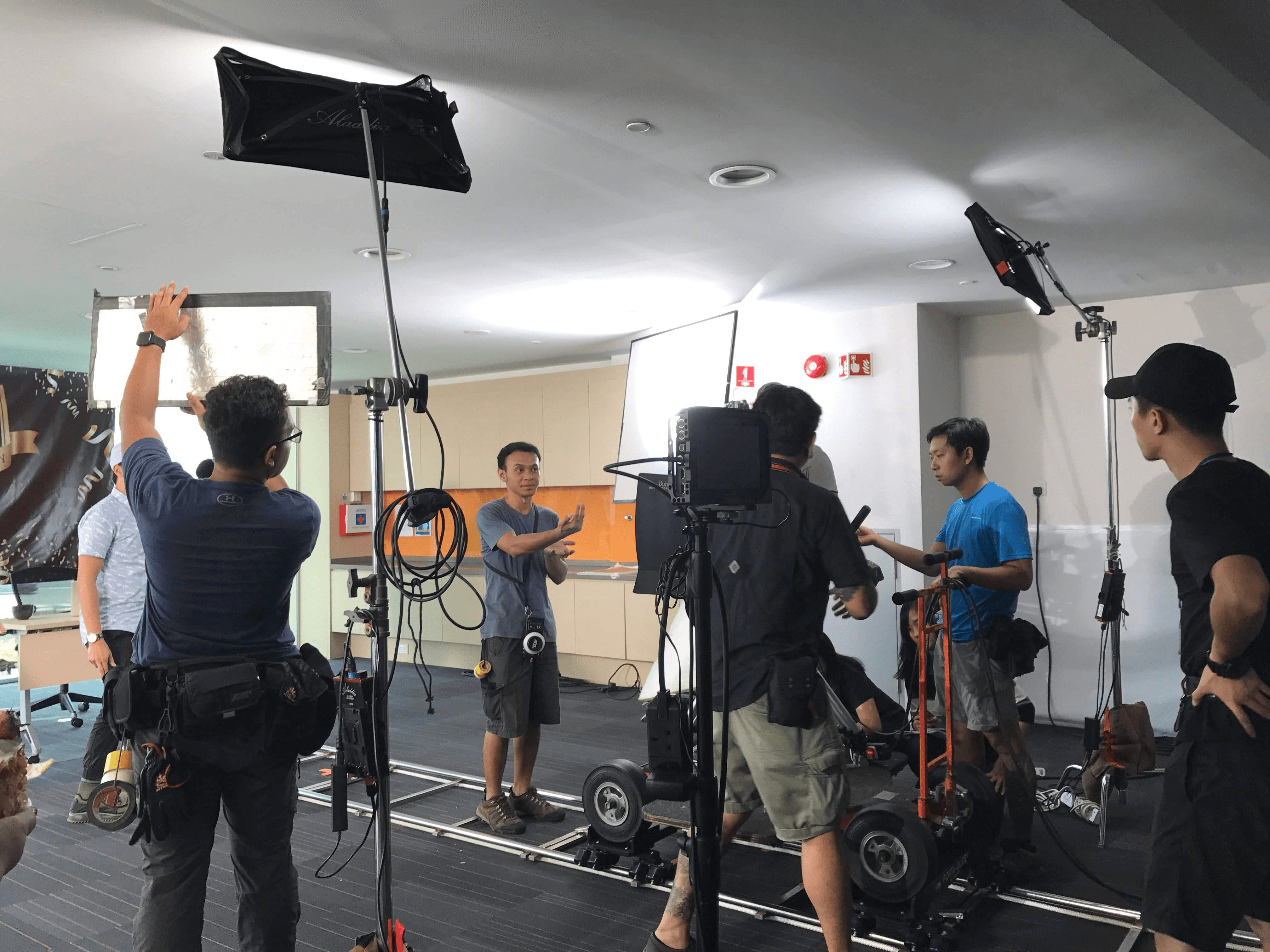 Founded by an engineer who wanted to step out his comfort zone and pursue his passion back in 2009. Since then, Mediashock has expanded to a regional production house dedicated to pushing industry boundaries and setting new standards. Mediashock Productions pride themselves as a team ready to take their clients and themselves to the next level.

Our diverse team of film producers, illustrators, engineers, IT specialists background has produced over a thousand videos; videos which have spearheaded marketing campaigns and generated massive results for our clients regionally. With his background in engineering, Mingsong prides himself on his unique ability to combine an innate understanding of technology & media with self-referential experience of the video production’s industry needs; all to ensure that Mediashock Productions consistently delivers on the best approach for client’s media communications as a whole.

As an Executive Producer, Mingsong takes into account the minute details that entail an impressionable production experience, ultimately striving to groom the next generation of filmmakers and producers on both video and livestream production.

Over his 15 years in the industry, Mingsong has produced a multitude of different videos, be it TVCs, Corporate Videos and Hybrid events; with clients ranging from Google Cloud to Medtronic International, making his experience from taking a leap of faith from engineering to video production a paramount one. Justinian is the Chief Operating Officer for Mediashock Productions, in Singapore.

In his current role, Justinian leads Mediashock’s operations in the Southeast Asia region. His key responsibilities include designing and maintaining processes across the production lifecycle, overseeing account budgets and deliverables, as well as advising on visual content strategies for clients in both digital and hybrid environments. He led key strategic accounts such as Google Cloud, Google, Singapore Heart Foundation, and various agency-related clients.

Prior to this, Justinian worked in the Public Relations industry, servicing clients across multiple verticals, including Cybersecurity, Digital Technologies, Aviation, Smart City, Digital Marketing and Food & Beverage industries. During his tenure with Rice Communications, he led the agency’s in house production arm. While his stint in SPRG saw him working on key television projects such as Masterchef Asia, Lifestyle Asia, CJ E&M, and The History channel.

Outside of work, Justinian is an avid gamer and chef. He serves modern Asian cuisine. Melvin is the Strategy Director at Mediashock where he is responsible for developing and executing the company’s strategic initiatives to grow market share, improve brand recognition, and optimise processes. He also works closely with senior management to develop business, partnerships and strategic planning for key accounts.

Prior to Mediashock, he has held digital and Integrated communications lead roles at regional agencies and MNCs where he has managed award-winning online campaigns and strategic initiatives for clients in the B2B space. Since a young age, Elias finds fascination in consuming media across different platforms and drives himself to understand the art and science behind filmmaking in general. Elias always considers experiences from different cultures, clients and industries as new, exciting challenges he embraces and subsequently adapts to.

Elias also understands that in the video production sector, no man is an island; and all forms of media require healthy collaboration, which was what sparked his interest to take up a dual role as a Senior Creative Producer, where he handles pre-production tasks such as concepts and scripts; down the line to post-production.

In his 5 years with Mediashock, Elias has worked with different clients in the region and produces mainly narrative-driven corporate and recruitment videos for organisations such as Philips, ST Engineering, FPT Software (Vietnam) and PicoTBA (Hong Kong). All-in-all, Elias always strives to think, plan and execute with the best interest of the project in mind. Mediashock’s resident B-Boy Dancer, Wei Kang seeks thrill and growth from all things active and hi-tech. With experience in filming content for dance videos on social media, short films and even streaming online, Wei Kang wanted to put himself to the test and step up from the freelancing life, and has landed himself in Mediashock.

As the in-charge of almost all matters production related, Wei Kang takes pride in being able to assess, comprehend and execute client’s needs on demand, be it profile interview shoots for Philips, livestreams for Google Cloud, or corporate brand videos for ST Engineering. Stella first joined the Mediashock family in 2019 as a Video Editor. She has progressed quickly and significantly during the past few years, always willing to try new things. Today, Stella handles editing as well as motion graphics; from animation to transitions.

Apart from that, Stella is revered as the “person to approach” in Mediashock, nurturing interns, guiding fellow editors and fulfilling client’s requests. With a broad spectrum of clients ranging from Google Cloud to Amazon Web Services, Stella continues to surpass expectations in post-production day by day.